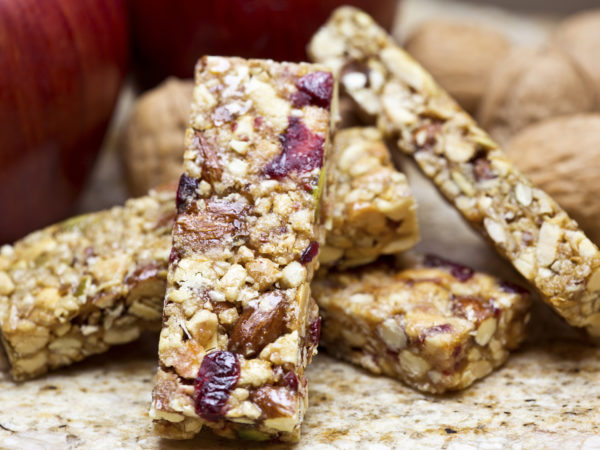 When even fast food isn’t fast enough, Americans increasingly grab and gobble “nutrition bars” also known as “energy bars” or “food bars.” Invented in the mid-1980s for use by endurance athletes, the bars quickly became snack foods for time-stressed Americans of all types, including those whose principal daily workout consists of unwrapping the bar.

It’s no wonder the treats caught on so quickly. The bars offer an irresistible package: convenience; the promise of good nutrition; and, often, sweetness that rivals that of many candy bars. But are they too good to be true?

In many cases, they are.

A 2009 report by ConsumerLab.com (CL) – an independent laboratory that evaluates health and wellness products – concluded that more bars are accurately labeled than they were during a 2001 CL test, but there are still occasional discrepancies between ingredients on the label and what’s actually in the bar. Also, CL pointed out that neither the FDA nor any other federal or state agency routinely tests nutrition bars for quality prior to sale. Another potential problem: to reduce calories associated with real sugar, some bars contain over 15 grams of sugar alcohols such as maltitol or lactitol. “While these provide far fewer calories than sugar, they can cause bloating and gas,” and in amounts over 100 mg “may have a laxative effect” CL noted.

But what about those healthy vitamins? In many cases, the promise of good nutrition is addressed via a dose of inexpensive synthetic vitamins added to the bar’s ingredients. If you eat a healthy diet and take a quality supplement, you will simply excrete the excess vitamin load.

So how does one find a good bar? Just read the list of ingredients.

On American food labels, these are listed in order of weight, so if sweeteners are among the first ingredients, the bar is a dubious choice, guaranteed to provide a quick rush of energy followed by an equally quick crash. Also steer clear of bars that derive their protein from soy isolate. There’s a great deal of evidence, accumulated over many years, that whole soy foods traditionally consumed in Asia – such as edamame, tofu, seitan and natto – are health protective.  We have no comparable body of data demonstrating the effects, positive or negative, of these new, technologically manipulated versions of soy.

Until we do, I suggest caution.

There are, fortunately, a few good choices in the nutrition bar category. In fact, some bars on the market contain no added sugars whatsoever, deriving their sweetness from whole, dried fruit and their protein and crunch from nuts.

So seek brands featuring unprocessed, organic ingredients with no added sugar, along with nuts that provide protein and fat to help quell hunger pangs. Such bars can’t replace fresh, nutritious meals based on Dr. Weil’s anti-inflammatory diet, but they can serve to keep blood sugar and energy steady during a busy day. And remember, food bars were invented to help endurance athletes, not desk jockeys or couch potatoes. Use them to propel you through your own athletic endeavors!