How to Eat in Seven Words 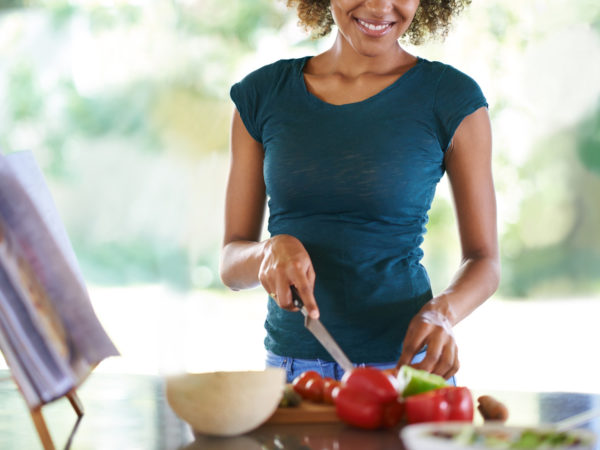 “Eat food,” said Michael Pollan. “Not too much. Mostly plants.”

Seven words – short ones, no less, totaling eight syllables. Easy to spell, translate, or jot on a sticky note. But really, is that all that needs to be said?

Pollan – a journalism professor at the University of California at Berkeley and author of the bestselling book The Omnivore’s Dilemma – admits that boiling down advice on how human beings should eat to a mere seven words is dicey. A great deal, for example, depends on how one defines “food.”

But in a rousing presentation to a packed room of health professionals at the Fourth Annual Nutrition and Science Conference in San Diego, Calif., on May 2, 2007, Pollan argued that Americans have gone astray when it comes to thinking about food. While other cultures define food in terms of pleasure, sociability, religion or history, Americans are uniquely mesmerized by its scientific aspect.

We are followers, Pollan said, of “nutritionism.”

“It is an ideology, a way of organizing experience,” he said. “Like other ‘isms’ it rests on a simple set of assumptions, though we don’t realize it.” The connection between food, science, and health is “a real linkage,” he said, “but it has overwhelmed all of the other linkages in our culture.”

Only in America, Pollan said, do people care more about food components – cholesterol, saturated fat, omega 3 oils, fiber and so on – than the foods themselves. And only in America can a low-fat craze grip the country, as it did from 1977 until 2002, to be displaced within a few months by a low-carb craze.

The problem with nutritionism, Pollan said, is that it gives processed foods a huge advantage over whole foods. “A banana or potato cannot significantly change its structure. But any processed food can be changed overnight to correspond with food fads. You can even rejigger bread along Atkins lines.” So the “loudest foods in the market” he said, are processed foods, touting their nutritional virtues via a $42 billion marketing industry, while “these poor whole foods just sit there silently.”

Thus, the irony: Americans are “a people obsessed with eating healthily, yet they are nonetheless very unhealthy.”

Nutrition science has value, Pollan said, but unbridled “nutritionism,” pushed by processed food marketers has simply left people confused. In an attempt to simplify food, he came up with his seven-word, three-sentence manifesto, though he concedes that each sentence needs amplification:

Eat food. The key term here, of course, is “food.” We need to make hard distinctions between real food and “food-like products,” Pollan said. Some guidelines:

Not too much. The chief harm of nutritionism, Pollan said, is that processed food companies seize on “good nutrients” and “push us to eat more of them.” The result is a tendency for Americans to eat more generally, which is one reason why we are consuming 300 calories more daily than in 1985. In the mass of verbiage surrounding food in America, plain overeating is “the elephant in the room.” Pollan’s advice to reverse the trend:

Mostly plants. “It’s not that meat will kill you,” he said. “I eat meat. Small amounts of meat have much to recommend them in terms of vitamins, minerals and taste. Most traditional diets – whether Mediterranean, Asian, Indian or Mexican, use meat sparingly, as a flavoring. I think that’s an important lesson.”

“Michael brought a wonderful perspective to the conference,” said Dr. Weil. “In my writing on nutrition, I have always tried to emphasize that the whole food is more than the sum of its parts, and the social and pleasurable aspects of eating matter a great deal.” As with healthy living in general, he said, “It’s all a matter of balance. Understanding nutritional science can be a great aid in living a healthy life, but we can learn much from cultures that emphasize the simple joy of eating real food.”