Safety Of Chemicals In Hand Sanitizers

The FDA hasn’t confirmed the safety of some of the chemicals commonly found in hand sanitizers, even though these products are now used daily by millions of people when soap and water aren’t available. The agency has asked manufacturers for scientific data on the safety and effectiveness of three of the chemicals the sanitizers commonly contain. Some evidence suggests that exposure to one of the three, ethyl alcohol, may harm a fetus, especially in high concentrations. A second, isopropyl alcohol, may irritate the skin, and in animal studies the third, benzalkonium chloride, has proved deadly to rats and mice that ingested large doses. The FDA last reviewed these three chemicals in the 1970s. Since then, hand sanitizers have become much more popular and are being used much more frequently.

In announcing its request for information about the sanitizer components, the FDA noted that it is interested in data on the long-term safety of daily, repeated use by consumers, and particularly focused on information about the absorption of the active ingredients by pregnant women and children. The announcement noted that detection of antiseptic ingredients in blood or urine suggests that full body exposure is higher than previously thought. 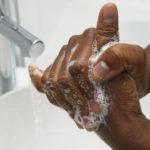 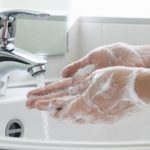