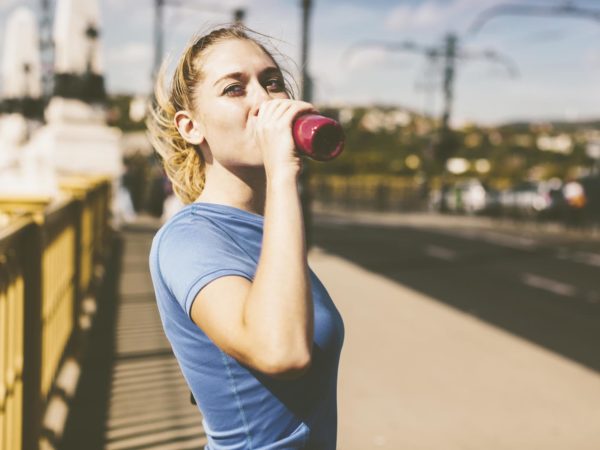 Drinking a gelatin-based supplement containing vitamin C might help prevent and heal exercise related injuries, according to new research from the University of California Davis and the Australian Institute of Sport. The small study demonstrated that the supplement plus a short bout of intensive exercise could help promote the process of building ligaments, tendons and bones. The investigators tested the supplement on eight healthy young men who received the supplement and an hour later engage in six minutes of high intensity skipping. The researchers then tested their volunteers’ blood. Results showed increased blood levels of amino acids and biomarkers linked to collagen synthesis – collagen is the protein that composes tendons, ligaments and bones and is needed for strengthening and repair. They also observed similar effects on lab grown ligaments exposed to blood that was obtained from the volunteers after drinking the supplement. The team concluded that adding gelatin and vitamin C to an intermittent exercise program could potentially help prevent injuries and promote tissue repair when injuries do occur.

My take? These findings are interesting and could prove useful, especially for those prone to injuries. As the authors of the study point out there is a need for a simple way to help prevent and heal connective tissue and bone injuries, which are common in both athletes and the elderly, and which often interfere with enthusiasm for and ability to exercise. I would like to see whether larger, longer studies suggest that simple supplementation can reliably help prevent and heal exercise-related injuries.