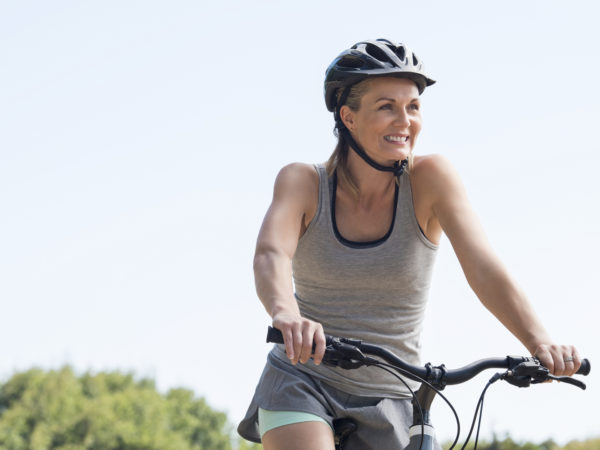 There are indeed several lifestyle changes you can make to help reduce inflammation, like following the anti-inflammatory diet, and it appears that regular exercise is a good start. We measure inflammation by looking for substances in blood that increase when inflammation is present. The best known of these “markers” of inflammation is C-reactive protein (CRP). Another is interleukin-6 (IL-6). A study from England found that the more exercise mid-life men and women perform, the lower their levels of both CRP and IL-6.

Researchers from University College London reported on findings from 10 years of follow-up on 4,289 men and women (mean age 49.2) who were participating in an ongoing study of British civil servants. They found that the individuals who increased their activity levels to meet recommendations (at least 2.5 hours a week of moderate to vigorous exercise) had significantly lower levels of both CRP and IL-6.

At the study’s outset, the participants reported on the duration, frequency and intensity of their exercise. Later, they responded to 20 questions on the frequency and duration of their activities, which included walking, cycling, sports, gardening, housework and home maintenance. The researchers measured inflammatory markers in each participant at the beginning of the study and again when it ended. They reported that those who were physically active when the study started had lower CRP and IL-6 levels compared to those who weren’t active. This held true after adjustment for age, sex, whether or not they smoked, their employment grade, body mass index and chronic illness. At timed assessments during the investigation the investigators recorded that participants who always met the physical activity guidelines had lower levels of CRP and IL-6 than those who reported rarely following the guidelines. The research team also discovered that study participants who increased their activity to meet the exercise guidelines between the second and third assessments showed lower levels of the two inflammatory markers.

The investigators noted that those who always met the guidelines tended to be men, have a higher income than the average participant, and have a lower body mass index. They also reported that their findings were independent of participants’ body fat, which the researchers termed an “important site” for the production of inflammatory markers, and changes in body composition. The study was published online on August 13, 2012 by Circulation: Journal of the American Heart Association.

You also ask about weight in relation to inflammation. It does appear to play a key role. One recent study, at the Fred Hutchinson Cancer Research Center in Seattle, found that overweight or obese postmenopausal women who lost at least five percent of their body weight had measurable reductions in the markers of inflammation. The researchers first measured levels of CRP, IL-6 and other markers of inflammation including, serum amyloid A and leukocytes in the study’s 439 participants. After one year, CRP had dropped by 36.1 in women who lost weight by dieting alone and by 41.7 percent in those who also exercised; IL-6 dropped by 23.1 in the diet group and by 24.3 in the diet and exercise group. Interestingly, this study showed little effect for exercise alone as a means of reducing inflammatory markers. It was published May 1, 2012 in Cancer Research, the journal of the American Association for Cancer Research.